biography
James is originally from the northeastern United States but moved to Texas during his adolescent years with his mother and twin sister to escape the snowy winters. James attended Kingwood Middle and Kingwood High School.
During high school he became a pharmacy technician and while attending Stephen F. Austin State University for his undergrad he worked as a pharmacy technician and nurse technician at the local hospital in Nacogdoches.
He graduated with his Bachelor of Science in Nursing in May 2008 from SFA and began working in a surgical/trauma ICU at a regional trauma center in Amarillo, TX where his wife attended Texas Tech for physical therapy school.

James graduated with nursing honors from the University of Texas at Tyler in the fall of 2015 with his Master of Science in Nursing for Family Nurse Practitioner. James enjoys helping people improve and manage their medical needs.
In Amarillo, James earned his Critical Care Registered Nurse (CCRN) and after two years of living in west Texas, James and his wife moved to east Texas where he worked in the trauma ICU and cardiac ICU. After almost 5 years of living in Tyler, James and his wife decided to make the move back to Kingwood with their 9 month old baby girl, miniature apricot poodle and standard chocolate poodle. James and his family, who now have welcomed a little boy to the mix, live in Kingwood. 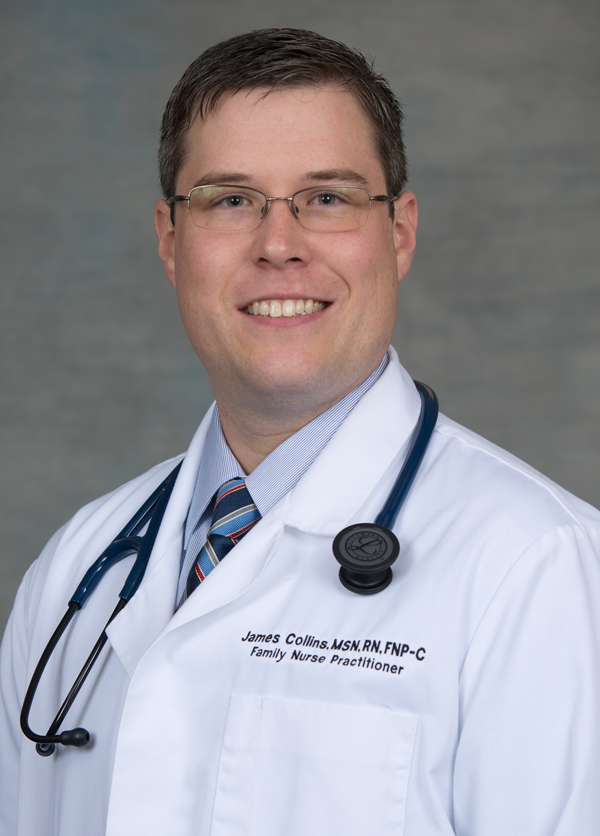